StellaSwap has launched the first decentralized exchange (DEX) on Moonbeam, within 24 hours of the Moonbeam network being live. This was a momentous occasion for the Polkadot ecosystem as a whole, as the launch of Moonbeam brings about the first fully operational parachain on Polkadot. 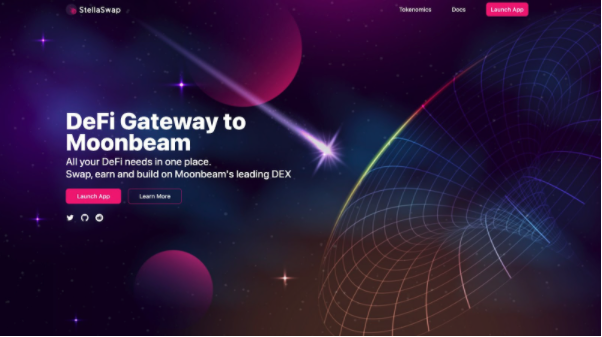 As the first and leading automated market-making (AMM) DEX for the Moonbeam parachain network, StellaSwap’s main objective is to create a broader range of network effects to address the issues of liquidity. This is especially pertinent to a new blockchain network with limited liquidity. As of this moment, users are able to trade and yield farm on StellaSwap.

“We are very excited to be one of the first DEX to launch on Moonbeam. When Dr Gavin Woods proposed the idea of a heterogeneous multi-chain framework back in 2016, we immediately subscribed to the vision of how that is going to be the next evolution of decentralized networks. Almost five years later, this has turned into a reality with the launch of the first parachain, Moonbeam. We’re honored to be one of the first to launch.” – StellaSwap Representative

“We’re excited to work with Multichain to streamline asset transfer across different blockchain networks. Multichain is the leader in cross-chain asset transfers, with the most variety of crypto assets and the most user-friendly protocol with low transaction fees and shorter bridging times. Given StellaSwap will be one of the first DEX on Moonbeam, having a robust bridging infrastructure with the help of Multichain would streamline value accrual within the Moonbeam ecosystem” — StellaSwap Representative

“It's also our pleasure to partner with StellaSwap, the leading DEX and DeFi gateway on Moonbeam” – cited the official Twitter account for Multichain.

StellaSwap launched with a fair model token distribution, in an effort for true decentralization and providing a fair way for users to acquire their native token, STELLA. StellaSwap is made up of a team of engineers and developers in the field of cybersecurity & smart contracts development, with considerable experience in scaling FinTech companies before.

Skills-profit – trade your format with premium and advanced tools on the market.

What Is the Ethereum Blockchain’s Shanghai Hard Fork, and Why Does It Matter?

Press Release - February 1, 2023 0
But in addition to accessing locked up funds, the PoS blockchain has not been fully featured ever since it went live. Even though...

Press Release - February 2, 2023 0
Battle lines were drawn when the Ordinals protocol, which stores non-fungible tokens on the Bitcoin, launched on the dominant blockchain last month. That...