Bitcoin and the rest of the crypto market have seen some mixed price action on a short-term timescale, with its macro trend resting firmly in bulls’ control.

Traders have noted that where the crypto trends in the mid-term should depend largely on its continued reaction to the upper-$23,000 region’s selling pressure.

A break above this level would continue the trend of price discovery that Bitcoin is currently seeing and potentially open the gates for a move significantly higher.

Yesterday, Bitcoin’s price incurred some unprecedented momentum that allowed it to add thousands to its price in a matter of hours.

This led it from the mid-$20,000 region to highs of $23,700, which is where it finally began finding some serious selling pressure that slowed its ascent and caused it to drift lower.

It later retested this level and was once again unable to break above it. This confirms that this is a key near-term resistance to watch, with a break above it potentially catapulting Bitcoin significantly higher.

It appears that Bitcoin’s recent uptrend has been boosted by the mass liquidations seen amongst bears.

One analytics platform noted that over a billion dollars’ worth of short positions has been liquidated over the past three days. 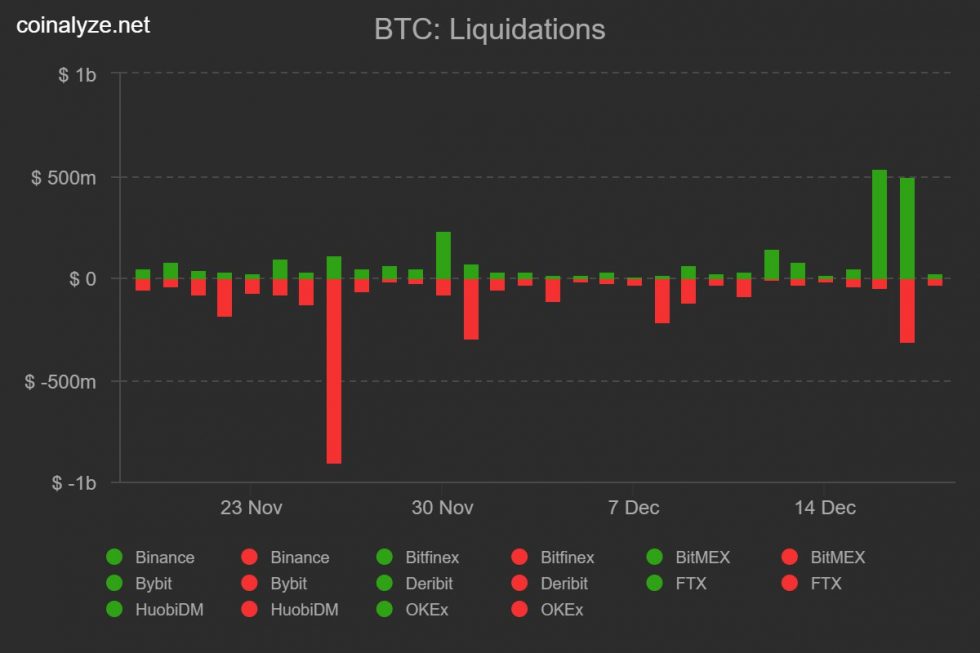 Because short-side liquidations have bolstered this upwards momentum, Bitcoin bears must continue adding to these positions following rejections at levels at $23,700, as this will give bulls fuel to catalyze further upside.

Unpacking The Bitcoin Volatility Triggered By The FOMC

BitPay Confirms Bitcoin As The Most Used Crypto Amid Bear Market

Admin - September 21, 2022 0
With the new approval, the crypto exchange can operate a trading platform and offer a range of services including digital asset custody and...

Admin - September 20, 2022 0
Following the transition, miners are no longer being issued rewards, the bank said, noting that these rewards equated to a supply of 4.9...

Thiel-Backed Urbit Is Web3, Weird and Wonderful. IDGAF Who Made It

No, Paraguay is NOT legalizing Bitcoin, Congressman confirms